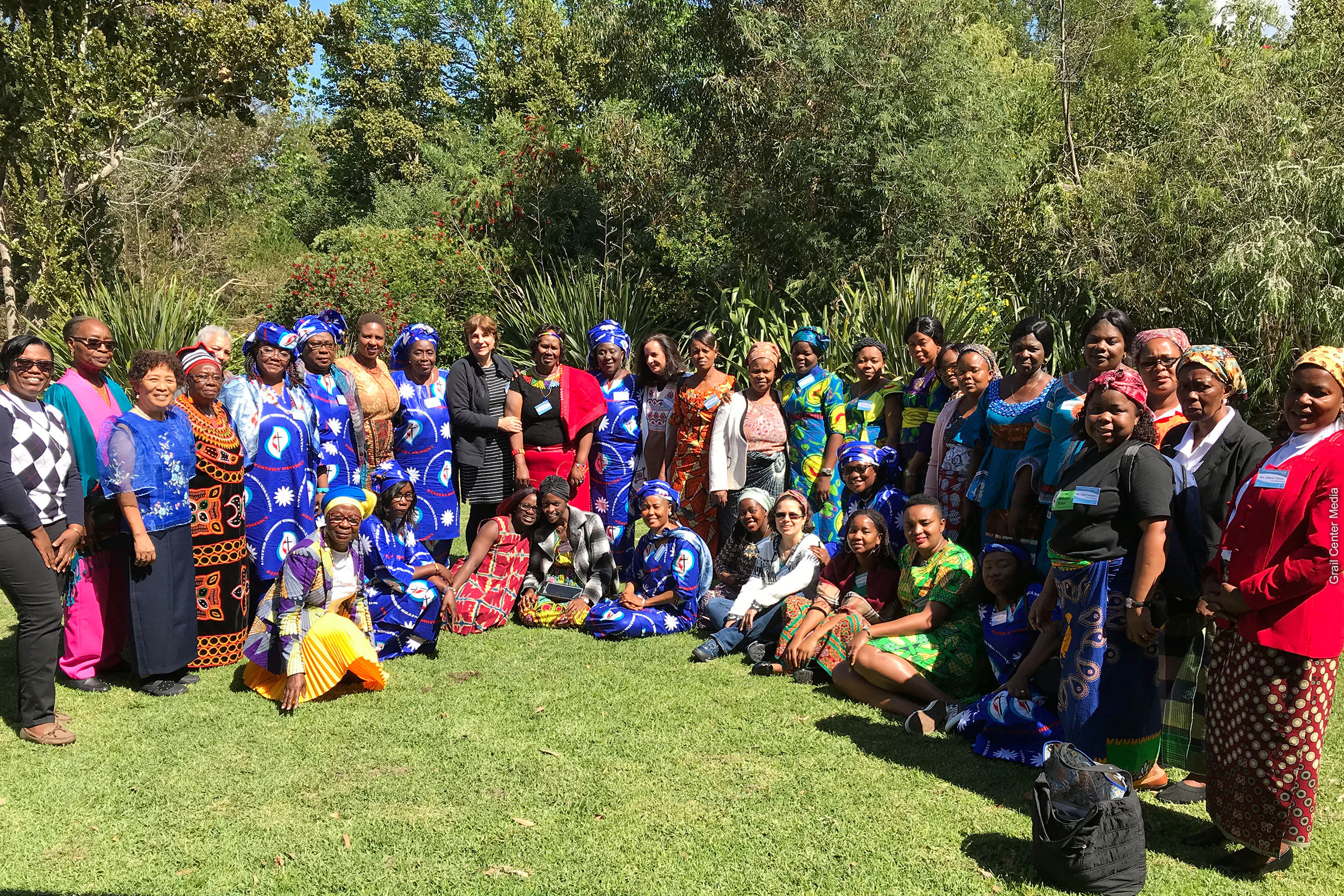 About 32 United Methodist Women leaders from Africa, Asia and the United States attended a Training for Transformation at the Grail Center in Kleinmond, South Africa. The one-week training, from October 1-7, was organized to train United Methodist Women leaders with the skills required to transform their communities by responding to issues of women’s economic empowerment, women’s representation at General Conference and how to meaningfully participate in discussions and get results.

Three countries, Democratic Republic of Congo, Mozambique and Sierra Leone are part of the pilot phase of the training. Other African countries will be included as the program becomes successful.

The United Methodist Women Sierra Leone Country team was one of the participants at this training. “The Sierra Leone Country Team is highly driven by passion and motivated by urging desires to transform the lives of poor and marginalized women and their programs,” said Briana Bam, National President for the Young Women’s Network in Sierra Leone.

“It was about equipping women to maximize their relevance from the local church to General Conference. It was also an opportunity for women, especially in Africa, to seek for ways to be economically self reliant, thereby maximizing their independence,” Sylvanette Tawa of Sierra Leone’s Youth and Young Adults ministry said.

She said it was also an eye-opener for her because women over the years have always been underrepresented on several fronts. “The training broadened our mind to now begin to look at ways we can have equal gender representation. There are other burning women’s issues, which over the past couple of years have been overshadowed by the sexuality debate in our church. These are some of the issues we have been looking at, and how United Methodist Women can address them,” Tawah said. She added that United Methodist Women was now empowering women to be economically viable, especially as the number of single women across the world is increasing every year.

The Regional Missionary for Africa, Elmira Sellu, said the training gave the team the skills to engage communities on how to think critically in finding solutions to their own challenges. The training helped United Methodist Women leadership explore ways to build up a movement that challenges environmental, socio-economic and political injustices. Sellu reiterated that the main goal of United Methodist Women is to build women leaders, empower them economically and improve their advocacy skills.

Finda Quiwa, one of the Regional Missionaries working with young people in Africa, maintained that the acquired skills, methods and strategies will empower women to engage with those in the church and communities to find their voices and take action to achieve social justice.

Sierra Leone United Methodist Women President Sarah Jalloh said the Training for Transformation helped her with skills in working with communities to identify the real, fundamental needs in responding to poverty. “As an agent of transformation I have been challenged to relate with local communities to help them shape and exercise control over their own physical, social and economic environment,” she said.

United Methodist Women is committed to growing as disciples of Jesus Christ in community with other women and has been advocating on behalf of women, children and youth around the world for 150 years.

Keziah Kargbo is the journalist on the United Women in Faith Sierra Leone Country Team.

For years, United Women in Faith has offered Training for Transformation opportunities to help women build stronger and more engaged communities to build a better world.