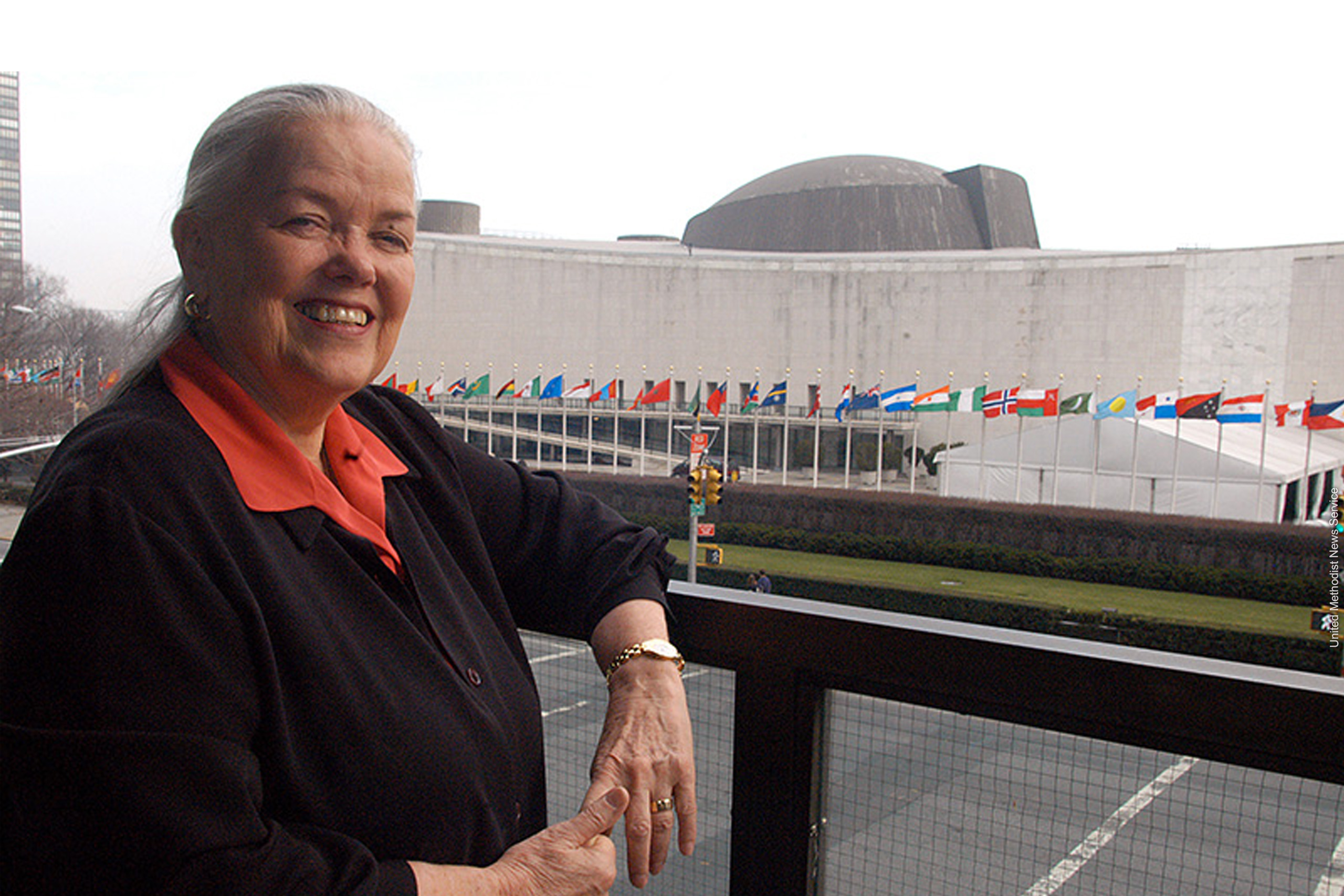 United Women in Faith mourns the passing of Else “Mia” Adjali, retired executive secretary for global concerns of the former Women’s Division of the General Board of Global Ministries, who died Sept. 2 at St. Francis Hospital in Roslyn, New York, after a long illness following a stroke. She was 82.

Ms. Adjali worked in and later led the organization’s renown ministry of hospitality and international women’s empowerment at the Church Center for the United Nation for 46 years before retiring at the end of 2006. As head of the Women’s Division office at the center, Ms. Adjali was the virtual face of the organization to the international community, as nongovernmental organizations representing the liberation and human rights struggles of indigenous and marginalized peoples from around the world gathered at the facility for respite and to strategize to get their justice causes addressed at the United Nations just across the street.

Ms. Adjali called her work at the Church Center for the United Nations “a witness of the church’s concern for people around the world to be heard.”

Ms. Adjali’s tenure at the Women’s Division office at the center included the critical years of the southern African anti-apartheid movements when the center became a hub for nongovernmental groups organizing South African divestment campaigns in the 1970s-early 1990s. Leaders of post-colonial independence movements in what was then Rhodesia and now Zimbabwe, and later South Africa found support and a place to organize and network with international and U.S. NGO allies.

Ms. Adjali was also a key figure in the Women’s Division’s work with denominational and ecumenical agencies efforts to raise awareness and public support for the international Law of the Sea Treaty, which established rules to govern uses of the world’s waters and resources.

Ms. Adjali also oversaw the Women’s Division’s work with The Seminar Program, an educational program conducted jointly with other divisions of the General Board of Global Ministries and the General Board of Church and Society. The program brought thousands of church youth and adult groups to the center from around the country to learn about faith and justice in weeklong workshops focused on various issues including poverty, peacemaking, and other issues impacting the nation and world.

Ms. Adjali joined the Women’s Division staff as a seminar designer in the early 1960s.

After retiring, Ms. Adjali was elected vice president of the World Federation of Methodist and Uniting Church Women, 2006 -2011.

Ms. Adjali was the daughter of Methodist missionaries, Mary and Hans Hansen (the family name was later changed to Aurbakken). She went to school in France before graduating high school in Hartford, Connecticut, and then Millsaps College in Jackson, Mississippi.

She and her husband, the late Boubaker Adjali, are survived by their son Madani.