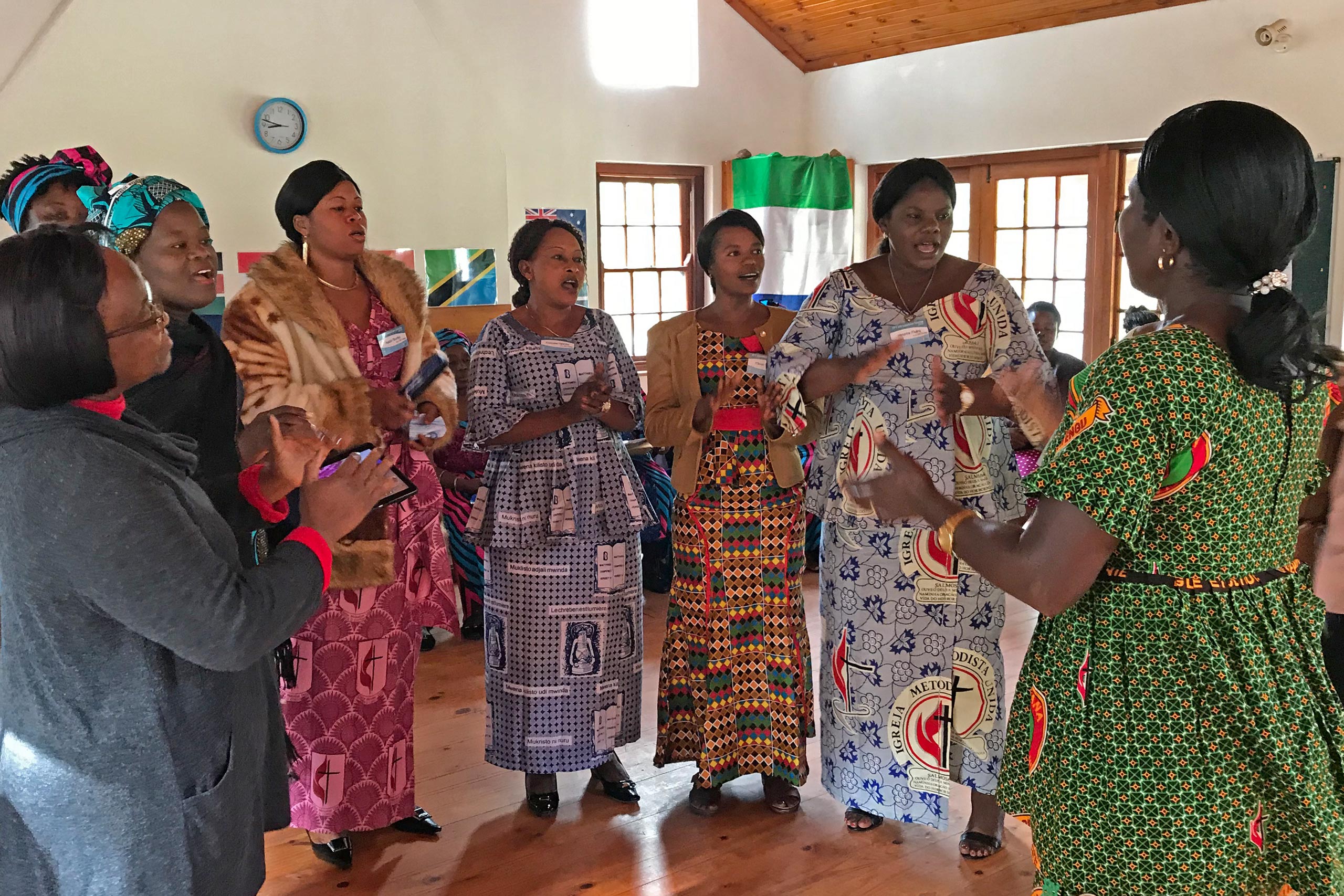 Listen Deeply to One Another

“I believed myself to be a great listener,” she says. “I mean as vice president for Social Affairs, that is literally my job — to listen and come up with solutions together.” After watching Team Mozambique perform a skit demonstrating and comparing active and passive listening as well as an exercise where one person allows the other to speak uninterrupted, she realized and concluded that she still has a lot to learn about listening.

“I loved that the workshop was interactive. It made it so much easier to understand the concepts, immediately get answers to questions as they arose. And if I’m being honest, I felt like the success of the workshop also depended on me. I therefore contributed and participated more than I normally would in a workshop.”

“I was impressed by how agile the facilitators were. As soon as they noticed that some of the women didn’t understand Portuguese well, the speed at which they switched from Portuguese to Xitswa, (a Bantu language in Mozambique), was impressive. Needless to say, participation doubled.”

Julieta shared photos of herself and two young women from the United Methodist Women team in Mozambique. She said, “One of my favorite things about participating in this workshop was making new friends with whom I am now in contact regarding issues that arise.”

Sharing Insights Back at Home

After the training, Julieta was eager to report what she learned to the Young Adult Committee and start to implement activities. “If it weren’t for COVID-19 and Mozambique being in a state of emergency, I believe we would be in the field working.”

“I feel incredibly lucky and grateful that United Methodist Women, New York, sponsored such a relevant training for us,” she said, reflecting on the experience. “I hope young people in other provinces will be the beneficiaries of such a training as well’.

Julieta is a single mother who lives in Liberdade, Matola with her 12-year-old son. She is a preventive medicine technician and a third year public health student in Marracuene, Mozambique.

As part of her job, she regularly meets with community members to discuss preventing malaria and other public health issues. She hopes to use some of what she learned at the Training for Transformation workshops in her public health work as well as her work with young adults.

Anglina Mbulo is a journalist on the United Methodist Women Mozambique Country Team.