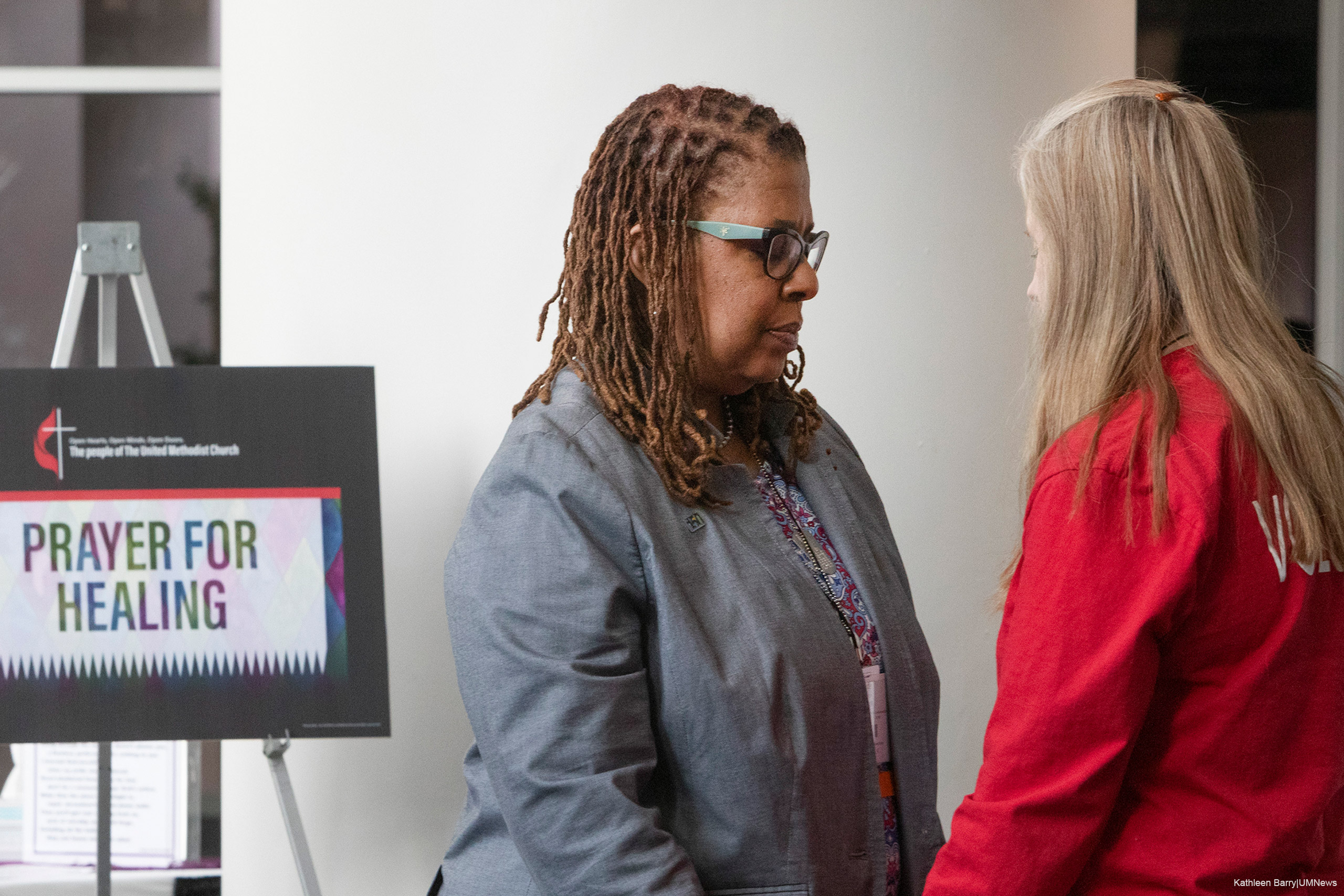 Jan/Feb response: The State of The United Methodist Church

Delegates elected for the 2020 General Conference will remain the delegates for 2022, and they will vote on legislation prepared for 2020.

What is General Conference?

Similar to the U.S. government structure, The United Methodist Church has three branches: Executive, judicial and legislative. General Conference is the legislative branch. It meets every four years to set denominational policy, revise church law, approve budgets for churchwide programs and adopt resolutions on current moral, social, public policy and economic issues. General Conference is the only body authorized to speak for The United Methodist Church.

The executive branch is the Council of Bishops, currently comprising 151 elected active and retired bishops, with 54 active bishops administering 128 annual conferences around the world, and the judicial branch is the Judicial Council, an elected body of laity and clergy that ensures actions of church bodies adhere to The Book of Discipline of The United Methodist Church.

General Conference usually meets for 11 days, with the first week spent in legislative committees and the second in full session to vote on legislation perfected and passed in committee.

The time together also includes worship, prayer, an exhibit hall, missionary commissioning, deaconess and home missioner consecration, sponsored side events, actions, vigils and other ways United Methodists come together as a body as part of the church’s mission to make disciples of Christ for the transformation of the world.

We don’t know yet what General Conference will look like in 2022 or if the current barriers to a representative global gathering can be overcome in time. It is a time we must pay attention and prepare.

What does a delayed General Conference mean?

The church is still operating on the 2016 budget. Board members of United Methodist agencies elected in 2016 are still serving. No new bishops have been elected because jurisdictional conferences have not been held, but 11 U.S. bishops have retired in 2021, meaning expanded assignments for current bishops. Five bishops in the United States and eight in Africa, Europe and the Philippines have postponed their retirements.

What has happened during the delay?

First, we as individuals and as a church have gone through a pandemic. We have lost and longed and been at our best and at our worst. The tragedy of the past two years cannot be minimized as we wait for what comes next.

But waiting is not a passive act. United Methodists have been taking steps toward their future. New Methodist expressions have formed, including a traditionalist denomination hoping for legislation called “Reconciliation and Grace Through Separation and Restructuring” (also known as the Protocol) to pass General Conference, and a progressive liberationist denomination that has already launched. Some churches have left the denomination through a process called disaffiliation. In 2020, 51 churches disaffiliated according to United Methodist News, and in 2021, per a response magazine review of annual conference reports and materials, 117 disaffiliated. Currently, only local churches can leave the denomination, not conferences.

Not all activity has focused on leaving: Many see their future in The United Methodist Church and are excited about what it can be and become. Some groups that formed within the church are the Liberation Project, Out of Chaos, Christmas Covenant, Big Tent Methodism: Reimagined and Stay UMC, all focused on how the church can better nurture its members, make decisions together and do the work God is calling it to do.

Why is this important to know?

General Conference is in 7 months. It is imperative that United Methodist Women be there. We don’t want others making decisions about us without us, and we don’t want the church to neglect women, children and youth.

What are we preparing for?

United Methodist Women has its own legislation we are bringing to General Conference, and we’ll be supporting the good work of partners. We’re preparing to be present (as allowed) at General Conference in many ways: Central Conference women’s orientation and lounge, our exhibition booth, prayer room, deaconess and home missioner consecration, action, beaded pins in registration bags, as voting delegates and more.

We’re also paying attention to plans proposed for restructuring the church and their implications for our organization. Currently, the most publicly endorsed plans are the Protocol and regionalization plans, one titled “A Christmas Covenant (Global Regionalism)” and the other “U.S. As a Regional Conference.”

Very basically, the Protocol, “Reconciliation and Grace Through Separation and Restructuring,” is a negotiated “exit plan” for churches and conferences to leave the denomination with property and seed money to form new denominations. The late Bishop John Yambasu brought together a group of United Methodists representing traditionalists, centrists and progressives who worked with a professional mediator to determine the terms of the legislation. Seed money of $25 million will go to traditionalists, and $2 million will be available for others who meet the criteria for starting a new denomination. The United Methodist Church will remain.

Questions about the Protocol include whether it’s legal based on church law, where the seed money will come from and if the carefully negotiated terms will be amended.

The regionalization plans include constitutional amendments that require a two-thirds majority vote at General Conference, and then each amendment must receive at least two-thirds of the total votes at subsequent annual conferences around the world.

What if General Conference doesn’t happen?

The long-planned traditionalist denomination has announced a launch date of late August or early September 2022, leaders of which have no doubt been working on alternative exit strategies should their desired plan not pass or General Conference not meet. Facing the possibility of a canceled General Conference and with a desire to move the denomination forward, an open letter to the Council of Bishops titled “A Call to Grace” garnered more than 1,500 signatures in November 2021 asking bishops “to use existing disciplinary authority to find grace-filled ways for these leaders and churches to follow their call now, allowing them to take their church property with them where appropriate.”

What have we been up to?

In this time, we have elected a new, diverse board of directors, organized our 2020-2024 program advisory group, adapted our events and programs and kept right on putting faith, hope and love into action.

As you’ve read about, we’re creating new initiatives like Soul Care, a national membership option, and new giving opportunities to welcome even more women into the sisterhood and better equip ourselves as faith leaders. This is the fruit of years of listening and discerning. We are rebranding to better express who we are and who we want to be.

We are letting change be a chance for new growth.

We are preparing for General Conference and the possible outcomes of General Conference—and we are moving into our future, inviting women in and making sure no one gets left behind. We are loving and leading our church while supporting one another. We are united in faith, stepping forward and daring to transform ourselves and the world. We are answering God’s call to be who we need to be today.

Tara Barnes is editor of response.