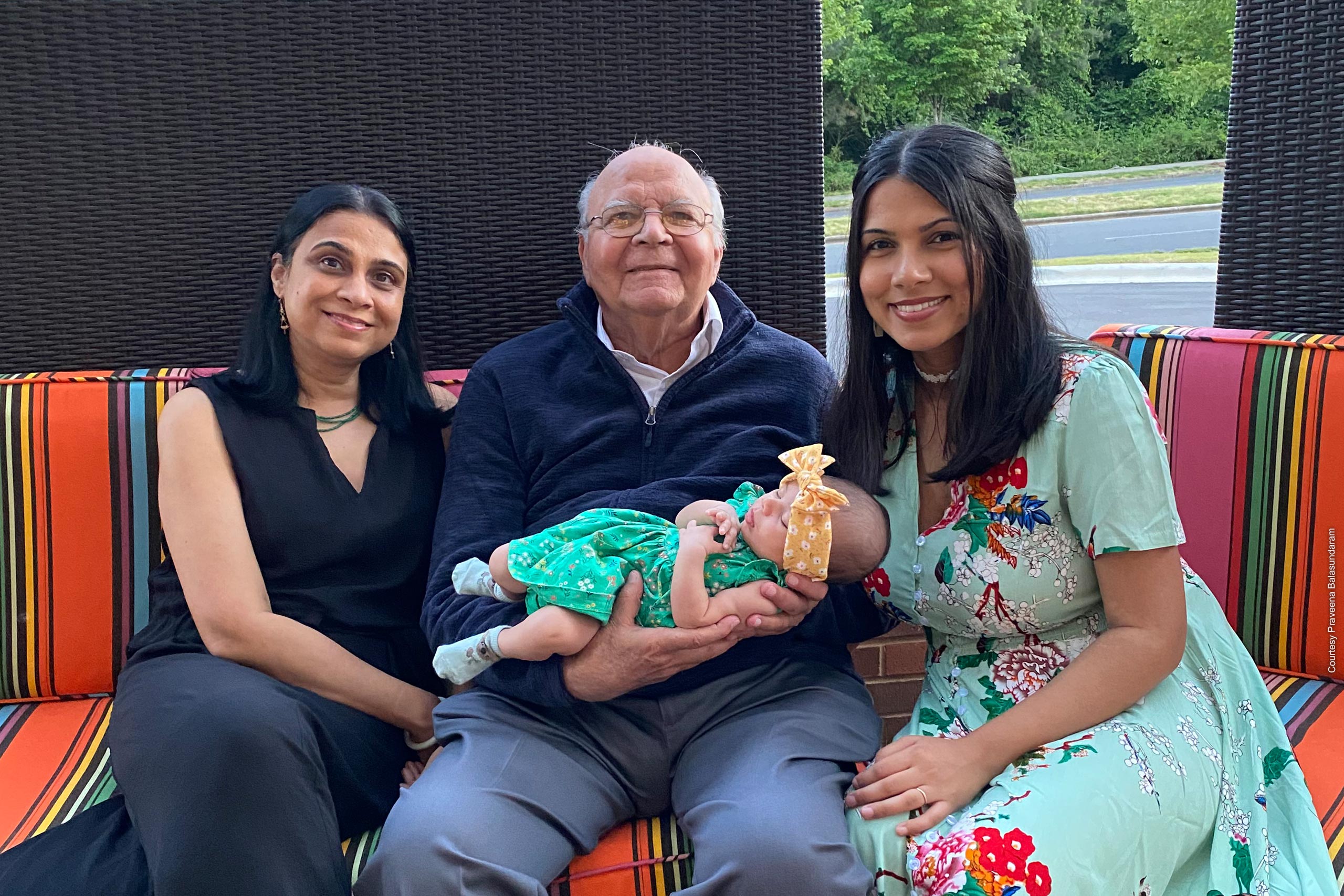 Jan/Feb response: What You Have Decided in Your Heart

As you decide your Pledge to Mission this year, put a face to your giving and trust in our God of abundance.

As life became safer, my family took a road trip with a 6-week-old to attend my nephew’s wedding, where the baby was introduced to her great-grandfather for the first time. I have never seen my 84-year-old dad so excited—he could not wait to see her! When he saw her, he could not stop smiling. As he held her in his arms, he shook with joy. Then he pulled out a thick wad of dollar bills and gave it to my daughter in honor of her daughter’s birth. Still smiling! Since she only had the diaper bag, my daughter dropped the cash in my handbag.

In India, there is a tradition called muh-dikhai in which a gift is given to someone when you see their face for the first time. In the case of newborns, usually the gift is given in the form of cash or jewelry. Nothing out of the ordinary happened in my father’s gift-giving: he saw his great-granddaughter for the first time and gave her a gift. Muh-dikhai.

Later that night, as I took the wad of bills out of my handbag, my eyes popped when I saw it was $1,000. I wondered whether my father had miscounted. He’s living on a fixed income—why give it away? But then, as I calmed down, I was overwhelmed with gratitude for my father’s love for his great-granddaughter.

My father moved to the United States after my mother’s passing in India and lives independently on a professor’s pension. I know he was stretching himself through this giving. But I stopped myself from giving into my fears and questioning whether he could afford to give this large a gift. This would have undermined his deep love for his great-granddaughter. It was his pleasure to give, and I almost ruined it. Every conversation since then starts with my father asking about his “princess.” He saw her face, and he is totally invested in her.

In 2 Corinthians 9:7-8 (CEB) it says, “Everyone should give whatever they have decided in their heart. They shouldn’t give with hesitation or because of pressure. God loves a cheerful giver. God has the power to provide you with more than enough of every kind of grace. That way, you will have everything you need always and in everything to provide more than enough for every kind of good work.” The pandemic has stretched us in ways we could not imagine. The losses in lives and livelihood are real. As you get ready to make your Pledge to Mission, whose face do you see? For more than 150 years, United Methodist Women has kept the faces of women, children and youth front and center. Your gift joins with others to create
miracles.

Praveena Balasundaram is director of communications for United Women in Faith.