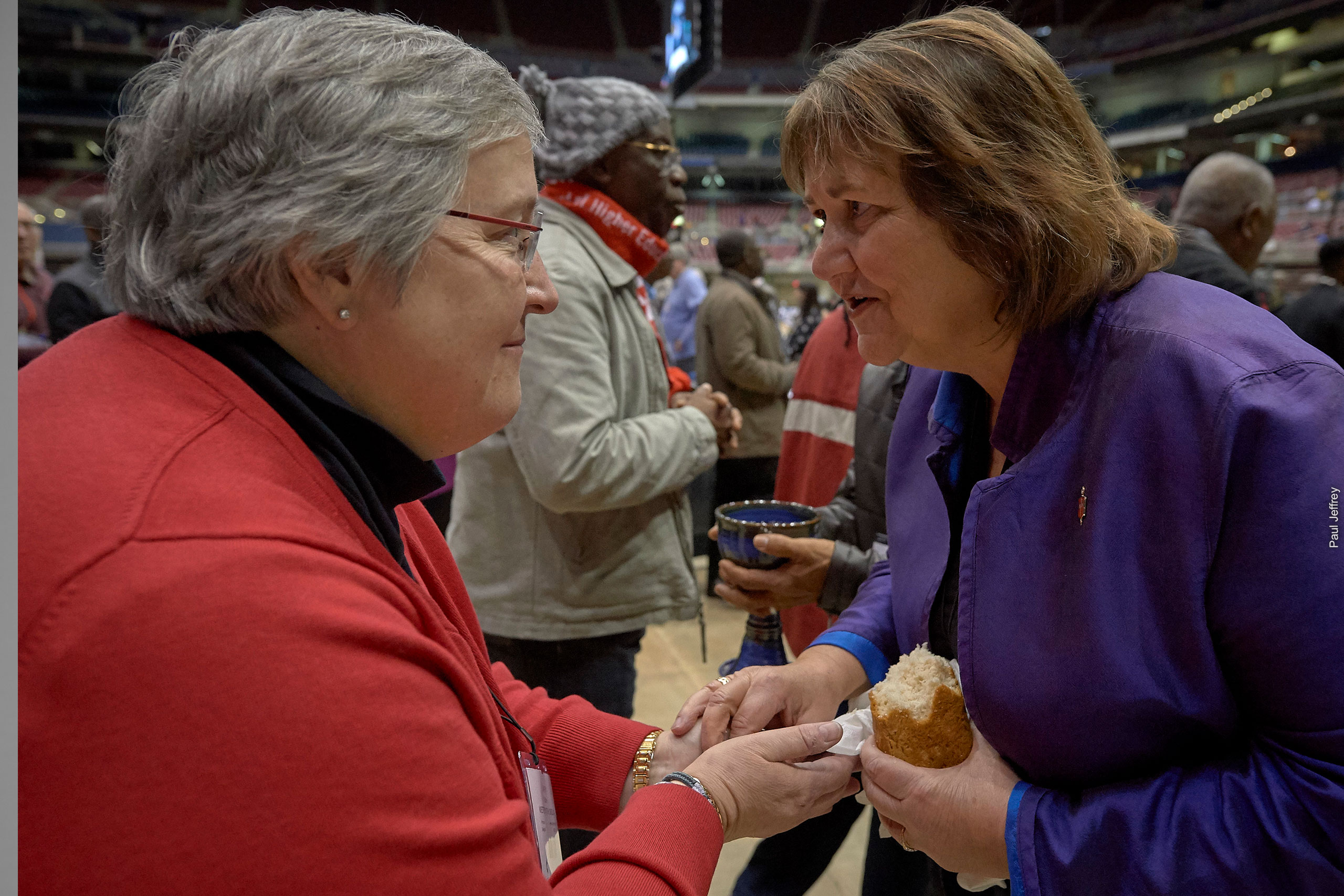 It’s a time of change and transition in The United Methodist Church, for some more than others. As members of United Women in Faith and faith leaders in your churches and communities, you can be a source of strength and vision as we navigate new waters together.

This past weekend, 439 churches in Texas disaffiliated from The United Methodist Church. Last month, the North Carolina Conference lost almost a third of its churches in the same way. Since 2019, about 1,800 churches have left the denomination, according to United Methodist News.

So, what’s going on?

In 2019, after a special session of the United Methodist General Conference, a new paragraph was added to the denomination’s Book of Discipline allowing local churches to leave The United Methodist Church, or disaffiliate, and keep their church building.

Before 2019, leaving the denomination meant closing the church, with church property given to the annual conference board of trustees.

The provisions of the new disaffiliation paragraph expire Dec. 31, 2023, which explains some of the current urgency.

There are more than 40,000 United Methodist churches worldwide, with nearly 13 million members. Disaffiliations have not led to a mass exodus, but they have taken a toll.

How did we get here?

The 2019 General Conference that introduced disaffiliation into the United Methodist law book was an attempt by the decision-making body to address the church’s longtime and ongoing disagreement over homosexuality.

The special session was born of a recommendation by the Council of Bishops in 2016 “that the General Conference defer all votes on human sexuality and refer this entire subject to a special Commission, named by the Council of Bishops, to develop a complete examination and possible revision of every paragraph in our Book of Discipline regarding human sexuality.” The goal was to keep our global denomination united and better able, by moving beyond our impasse, to make disciples of Christ for the transformation of the world. The special commission, called the Commission on a Way Forward, offered a report on which the General Conference would act and included three plans for the future of the church: one that allowed but did not require the ordination and marriage of LGBT+ United Methodists, one that created three values-based conferences churches could join, and one that maintained the denomination’s wedding and ordination bans and increased the penalties for clergy who violated those bans.

By a difference of only 54 votes, General Conference supported the Traditional Plan, which reinforced the instruction that the “practice of homosexuality is incompatible with Christian teaching” and strengthened enforcement of church restrictions related to homosexuality. The new paragraph, “Disaffiliation of Local Churches Over Issues Related to Human Sexuality,” also passed.

What resulted was a denomination with a broken heart—and United Methodists with heels dug in.

In the leadup to General Conference 2020, an exit plan was brokered that would, if passed, allow local churches to keep their property and give $25 million to a traditionalist splinter group hoping to establish its own denomination. This legislation, called “Reconciliation and Grace Through Separation,” or the Protocol, was more palatable to many traditionalists than the disaffiliation paragraph passed in 2019, so, though the disaffiliation paragraph was in effect, many churches decided to wait until the next General Conference in hopes the Protocol would pass.

COVID-19 safety restrictions ultimately postponed the 2020 General Conference to 2024—past the disaffiliation time limit—and traditionalists decided to move forward with their new denomination in May 2022. With the disaffiliation deadline looming, the new denomination is rushing to encourage United Methodist congregations to leave The United Methodist Church. The proselytizing is at full steam, and misinformation continues to spread.

What do we need to know?

As members of United Women in Faith, it’s important for you to know that you can remain a member even if your church disaffiliates. Your church can continue to host a United Women in Faith group, or your local unit can also become a cluster group with other units or become a district unit. There’s also All Access Membership, which offers an opportunity to remain connected to the work independent of a unit or with a new All Access group.

Individuals can join nearby and district groups and also become an All Access member. There are many ways for you to be a part of our sisterhood and make an impact! Contact membership@uwfaith.org to learn more.

If your church is leaving and you wish to remain United Methodist, you can transfer your membership to another United Methodist Church. Contact your district superintendent to learn more about your options. You may even have an opportunity, like in the North Carolina Conference, to become part of a collective until you find your new church home. Your conference should have some resources to help you remain United Methodist as well, like those offered by the Texas Conference and Louisiana Conference. In addition, the Central Texas Cabinet has offered advice for if your church is being led to disaffiliate and you want to remain.

Learn more about who we are, check out our resources, and read about the launch of our new name, look, and programs in the free digital issue of our magazine, response.

What else should we know?

The future of The United Methodist Church is ours to make.

United Methodist Bishops have also pushed back against some of the recruitment tactics, and the Africa Colleges of Bishops have taken actions against it.

The marketing for the new denomination, which is not yet operational, has mostly focused on the flaws of The United Methodist Church. The new denomination’s proposed organization and practices are not well known and are subject to change. A coalition of traditional, centrist, and progressive United Methodists in the North Alabama Conference called StayUMC has put together a list of concerns about the new Wesleyan denomination, and the Rev. David Livingston from the Great Plains Conference has written a series of articles named “Buyer Beware,” focusing on the new denomination’s book of doctrines and discipline.

Disaffiliation is a big decision that should not be made without prayer, transparency, information, and conversation.

Hope for the future

Methodism dates back to 1730, when John and Charles Wesley started student small groups at Oxford University in England. The United Methodist Church was founded only in 1968 as the coming together of many Methodist and Evangelical United Brethren denominations that had their own splits and mergers. Our own organization has had more than 20 different names and iterations. In other words, we’ve been here before, and the church is still here today.

United Women in Faith dares to believe in a bright future and does the work to make it happen.

We are in a time of change. Like the women who faced such challenges before us, it’s our turn to make change an opportunity to reach and uplift even more women while we take care of one another in the transition. It won’t be easy, but it will be worth it. Joy will be found, for we know who and whose we are. We are faith, action, and sisterhood. We inspire, influence, and impact our churches, communities, and the world.

The next General Conference will take place April 23 to May 4, 2024, in Charlotte, North Carolina. United Women in Faith will be there.

It is our ability to change, grow, and continue to let God perfect us in love that keeps us going. God is still at work in The United Methodist Church. United Women in Faith has a crucial role to play in building God’s kin-dom.

Tara Barnes is director of denominational relations for United Women in Faith.